Shopping up a storm

More than 130 shoppers turned out to take advantage of the bargains offered by 15 businesses, 13 of which were open on the night and two during the week prior.

Shoppers were asked to dress up in team colours and costumes, with all the shoppers getting into the spirit of the night.

The event raised more than $4000 for the Residents’ Support Group.

“We would like to thank all the shoppers who turned out for the Shopping Spree, it was great to see everyone having a good time as well as shopping up a storm,” Residents’ Support Group president Marlene Goudie said.

“The participation of the businesses is also appreciated and it was good to see everyone supporting our local retailers.”

“Funds raised from the night will go towards improving the lives of our aged care residents in 70 Lowe Street and Garden View Court.” 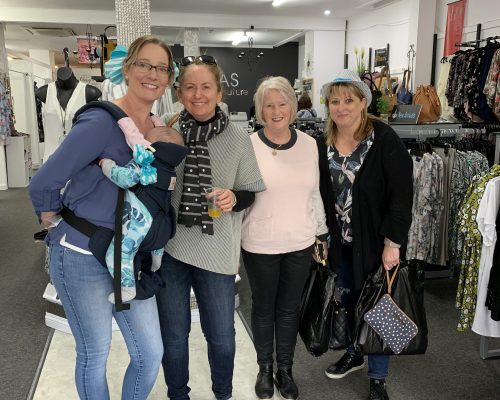