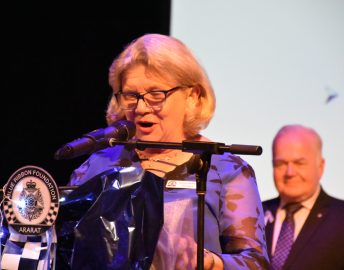 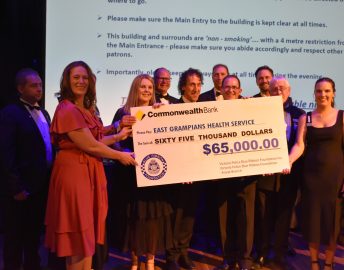 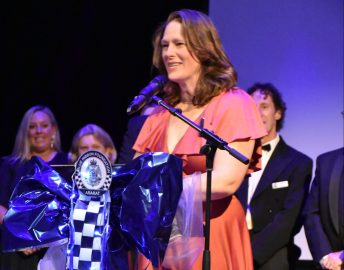 The Victoria Police Blue Ribbon Foundation was originally founded in 1988 as the Tynan Eyre Memorial Foundation, after the felonious slaying of Constables Damian Eyre and Steven Tynan on Wednesday 12th October, 1988 outside 222 Walsh Street, South Yarra. The purpose of the Foundation was to perpetuate the memory of Victoria Police Officers, who died in the performance of their duty, by providing resources to worthwhile non-profit Victorian Community Projects and to foster positive interaction between the Victoria Police, and the Community.

The Victoria Police Blue Ribbon Foundation remembers fallen Police Officers in a way that better recognises their sacrifice while serving their community, by creating Living Memorials that not only perpetuate their memory but also their service to the community of Victoria.

The Victoria Blue Ribbon Foundation is a community based, volunteer organisation, which receives no government funding, is managed by a Board of Management comprising serving and retired members of the Victoria Police, business people who contribute their considerable skill and experience, and the membership of the Foundation which includes over 270 volunteers from all walks of life who want to make a difference in their community. The Head Office is based in Moorabbin, plus there are 14 regional branches including Ararat, Bendigo, Colac, Shepparton, Ballarat/Maryborough, East Gippsland, Geelong, North East, Mildura, Swan Hill, Echuca, Horsham, Westgate and Portland.

The Victoria Police Blue Ribbon Foundation supports programs that funds new and improved emergency facilities in Victorian Public Hospitals that are then named in memory of fallen police officers. So far more than 23 units in both metropolitan and regional hospitals that treat over 125,000 patients annually have been funded.

Through the Victoria Police Blue Ribbon Foundation, the public are able to channel their support and appreciation to the Victoria Police and honour the sacrifice of those who have paid the ultimate price for the preservation of law and order in our community.

The Branch still has a number of inaugural members including Peter McIntosh, Stuart Kerr and Dianne Radford.

Sergeant John McNally, a local policeman was killed on the goldfields at Mount Ararat on 16th October 1856 and is buried at the local Cathcart cemetery. He was the first member of the Victoria Police Force to be feloniously slain in the line of duty.

The Ararat Branch of Victoria Police Blue Ribbon Foundation was established in February, 2002 to perpetuate the memory of Sgt McNally and well over $900,000 has been donated to East Grampians Health Service (Ararat Hospital).The annual Gala ‘Night of Nights’ in May is the major fundraiser, together with the annual Grampians ‘Ride to Remember’, which are both supported most generously by the wider community.

In May, 2015 the Ararat Branch announced a $150,000 project for the Peri-operative Unit which included the redesign and refurbishment of the Theatre Recovery and Day Procedure. In conjunction with this was the important announcement of a new police naming of a local young man, Jason Bond who had only been a member of Victoria Police for a short time, a police officer in training who died as a result of a motor vehicle accident in 2011. In announcing the project Ararat Branch President, Terry Weeks said: “It is such a pleasure for the Victoria Police Blue Ribbon Foundation and Ararat Branch to announce this fundraising project that will honour the memory of Jason Bond through the naming of the Jason Bond Perioperative Unit at East Grampians Health Service.”

Recently in May, 2019 at their 18th annual “Gala Nights of Nights’ the Ararat Branch in conjunction with the Foundation announced the future naming of the Blue Ribbon Foundation Wing as part of the forthcoming redevelopment of the Medical Imaging Department. In addition, the Ararat Branch have committed to supporting the purchase of a replacement General X Ray Machine which will cost in the vicinity of $235,000.

Satisfyingly the Ararat Branch has already presented an instalment of $100,000 towards this vital equipment. The challenge now is to raise the balance of $135,000, sooner rather than later, so the health service can have this ‘state of the art’ equipment which will be of great benefit to staff, medical officers and importantly patient care. 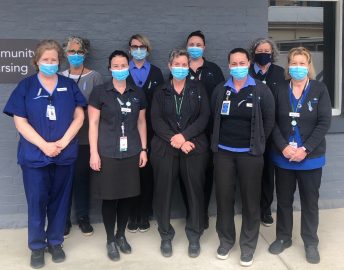 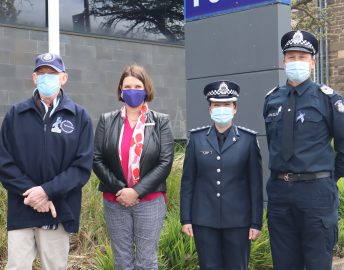 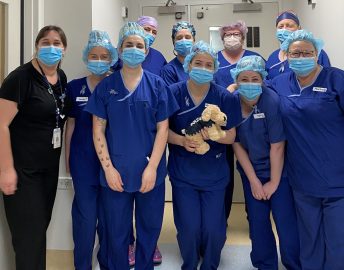