Several of the junior doctors who have joined the Grampians Medical Training Program, have local connections, having lived or trained in the region as part of their medical training.

Based in Ararat, the program is now in its sixth year.

All are now working in their first year as doctors after medical school.

At East Grampians Health Service, the interns will work on a rotation through the operating theatre and at the Ararat Medical Centre GP clinic.

Manager of Development and Improvement, and Junior Medical Officer Manager, Sarah Woodburn, said the program is all about the GP rotation and enabling the interns to do everything a rural GP does, including working as a GP obstetrician, anaesthetist and in the hospital.

“The idea is by training doctors in rural areas they are more likely to want to stay and practice in rural areas,” Ms Woodburn said.

“It’s all about increasing our medical workforce for the future.”

East Grampians Health Service chief executive Andrew Freeman said the feedback the health service has been getting about the program is that it gives the interns hands on opportunities, which they rarely get in a metro area. 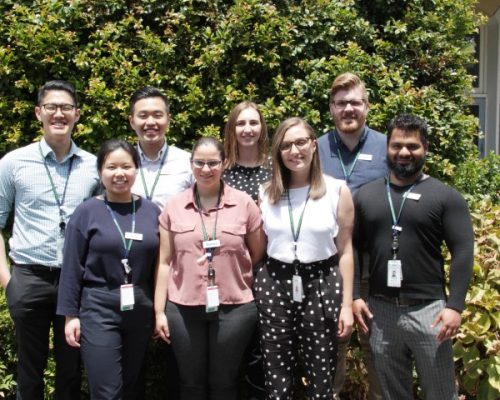