Ian finds his passion at 85

Ian is a resident of East Grampians Health Service’s 70 Lowe Street, and took up the paint brushes and pencils in October last year.

“I did not touch a paint brush until October last year and I’m 85 now.”

It all started when Leisure and Lifestyle coordinator Kristine Hughes thought Ian might like to paint some bird houses in his room.

“I painted a butterfly first, and then painted a flower around the opening of the bird house,” he said.

After that, he was hooked.

“I asked for some paint and brushes and scrounged some brushes from people and used paints that people brought in for me,” Ian said.

Since taking up the paint brushes, Ian has been prolific, producing more bird houses, signs and paintings.

He has now moved on to a larger project of painting a number of buildings that will eventually be part of a train set.

Leisure and Lifestyle assistant Suzie Curran has a large train set that belonged to her father which she hopes to set up at Lowe Street in the future.

Suzie has painstakingly produced a number of buildings and accessories in great detail, and asked Ian to paint them for her, which he has enjoyed.

But Ian’s favourite paintings, and the ones of which he is most proud, are those of birds.

He even has some young fans, including Maddison Jardine, daughter of Leisure and Lifestyle assistant Simone Jardine, who heard about Ian’s new found hobby and provided him with some pencils and paints.

Ian painted a Fairy Wren for her, and a photo of her with her painting now holds pride of place in his room.

Asked what he loved about painting, Ian said it was ‘the end result’ and fellow residents and staff couldn’t agree more. 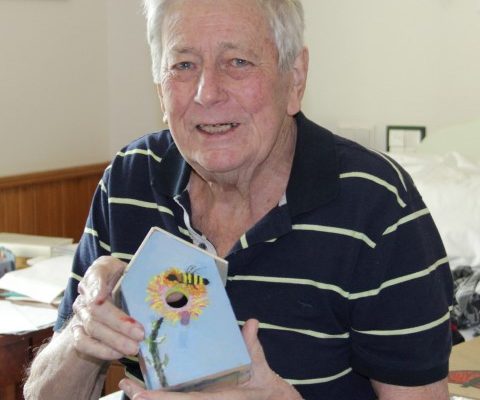 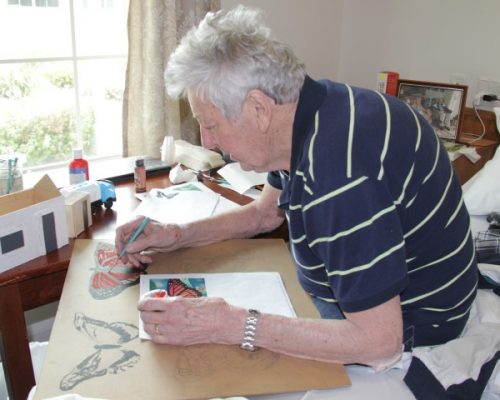