Organised by EGHS physiotherapist Joanne Page, the Amazing Race was based on the popular television program of the same name.

At most checkpoints competitors had the option of choosing two clues/puzzles to solve.

For example, when they reached pathology, they could either complete a jigsaw puzzle, or run up and down the stairs to second floor five times – not an easy feat.

Competitors then headed to the CHC children’s waiting area, Lowe Street, the Day Centre courtyard, helipad and finally making it to the CHC front door, where they ‘jumped on the mat’ and were met by CEO Andrew Freeman and Joanne.

“Thanks to everyone who participated in the Amazing Race, it was great to see everyone having a great time while keeping active,” Joanne said.

Joanne is planning another Amazing Race later in the year and is hoping more staff will get involved. 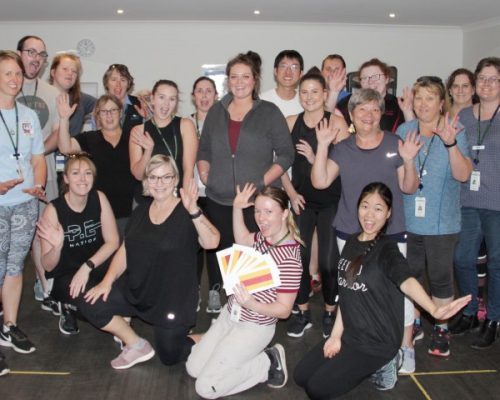