Organised by East Grampians Health Service in conjunction with the Rotary Club of Ararat and Ararat Rural City, the event attracted women of all ages to hear a number of guest speakers including Professor Cassandra Szoeke, Director of Melbourne University’s Healthy Ageing Program.

A professor of medicine, doctor, scientist and clinical researcher, Professor Szoeke is an expert in women’s health and director of the Women’s Healthy Ageing Project at the University of Melbourne and the publisher of hundreds of academic and clinical publications.

Professor Szoeke spoke about the research-based approach to ageing well.

“It was fantastic to see so many women of all ages attend the event to learn about ageing well,” East Grampians Health Service Health Promotion Officer Gabrielle Hutchins said.

“We worked in partnership with the Rotary Club of Ararat and Ararat Rural City and I would like to thank them for their support, including the morning tea provided by Rotary.” 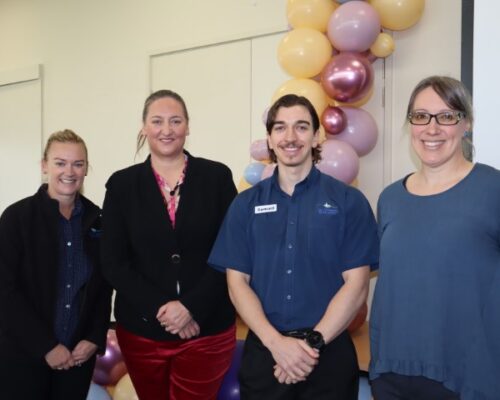