This year’s Shopping Spree was held over the period of week, rather than just one night, allowing shoppers to move about in a COVID-safe manner, and proved a hit with shoppers and businesses alike.

The Shopping Spree is a fundraiser for 70 Lowe Street and Garden View Court aged care at East Grampians Health Service.

This year 142 passports (tickets) were sold, compared to 130 last year, with more than $3340 raised for aged care at 70 Lowe street and Garden View Court.

A raffle is continuing through the participating businesses and will be drawn mid-December.

“We would also like to thank all shoppers who purchased a passport – you have helped raise funds towards improving the lives of our residents in 70 Lowe Street and Garden View Court.” 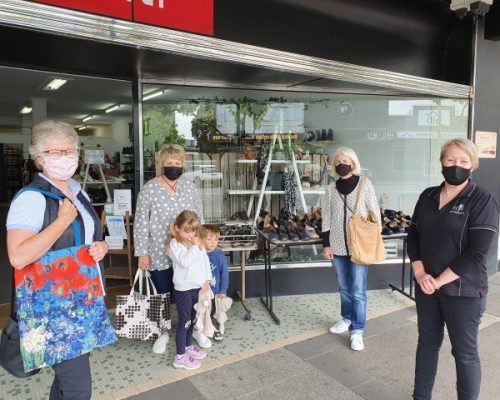