Priscilla has had a fascinating life, and began painting as a child in England.

Growing up during World War 2 Priscilla remembers being nine years old and carrying a gas mask around everywhere, sleeping underground in between railway lines when the air raids and sirens started.

“I was evacuated to my grandmother’s for four years. We had very strict rationing. There were shortages of everything and we could not buy from other countries as they were also in the war. Most trade had stopped. We did not waste anything,” Priscilla recalls.

“My grandad was a gardener. My mother worked for a Lady Allen, a relative to the Queen. I saw the Queen and Prince Phillip, whilst in the house that my mother worked in.”

Sadly Priscilla’s mother became ill and as she was passing away Priscilla and her sister Dorothy decided to paint to express their emotions.

“Life was such that we did not have lots of money, but we could paint and knit. I still have a jumper I knitted 40 years ago,” Priscilla said.

Priscilla moved to Australia for two years but had to return to England. She later returned with her husband who was offered a job in the Mars factory in Ballarat.

“I never stopped painting. My bedroom was my art room. I exhibited my paintings through Claude Ullen in Melbourne. I sold many paintings and made others for friends,” she said.

Priscilla also exhibited in Ararat at the Art gallery in 1993 and said she sold a lot of paintings here.

Priscilla believes her paintings were popular because they told a story and people could relate to that.

“I guess I had to express myself through art to understand all of my experiences,” Priscilla said.

Keep checking into the EGHS Facebook page to see Priscilla’s paintings in our Virtual Art Show. 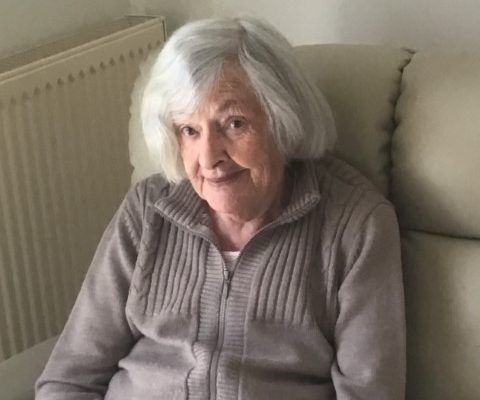