The team had a target of $10,000 to raise towards a specialised bed for the new Palliative Care Area at East Grampians Health Service.

This year, due to a much smaller team, the group chose to take part in the ‘Sunday Striders’ event, a 90 kilometre ride from Hamilton to Port Fairy through the picturesque and challenging hills of Macarthur, rather than the full ride from Swan Hill to Port Fairy.

The team ran a number of smaller fundraisers this year, including the Ararat Market and the popular raffle.

“EGHS also appreciates the support of the Murray to Moyne team, who train hard throughout the year to complete the ride, as well as the volunteer bus drivers and support crew, all of whom also assist with fundraising and sponsorship. EGHS is lucky to have volunteers who continue to support EGHS each year.” 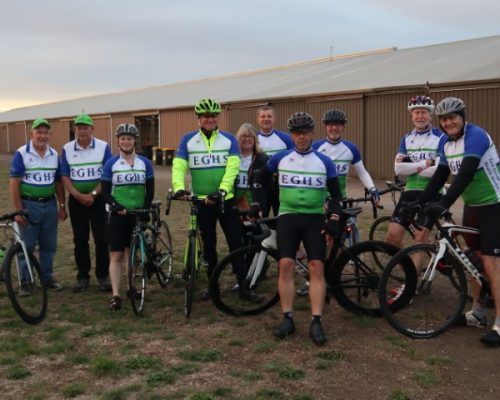