Yvonne Byron and Linden Marland each enjoyed a farewell morning tea in Café Pyrenees with colleagues attending to wish them well in their retirement.

With 50 years of service under her belt, Yvonne’s ‘memory board’ was a great talking point at her farewell.

Yvonne commenced her nursing training at the then Ararat and District Hospital in 1962.

Following her marriage to Lance in 1969 she returned to complete her training and worked in various areas of the hospital.

After the birth of her two children, Yvonne again returned to work in various areas in a relieving capacity.

She was asked to relieve in District Nursing, although she knew very little about it, but took on the challenge and continued to work in this field for 37 years, working nearly 25 years as the Unit Manager.

Yvonne has also been an Assessment Clinician for the Aged Care Assessment Service for more than 30 years and also worked at Willaura Healthcare for seven years.

Yvonne has been involved in several committees at the hospital including president of the Hospital Social Club, an inaugural member of the annual Staff Celebration Ball committee, past Employee of the Year 2002-2003, member of the Aims Committee and chairperson of the 150 Anniversary Celebration and Staff Reunion.

Over her long career, Yvonne has seen many changes, including a name change to East Grampians Health Service. She has also seen many nurses, doctors, CEOs and Director of Patient Services (formerly called matrons) come and go.

“I have enjoyed my years at the hospital and have always been grateful for the opportunities that have been given to me,” Yvonne said.

Linden commenced work at EGHS in April 1986, after leaving work at the Royal Children’s Hospital, working on first floor, which was the public ward at the time.

She completed her Bachelor of Nursing through Deakin University while working on the job and having two children.

Linden worked in the then Intensive Care Unit, which also had two Dialysis chairs, as well as the Casualty Department, which was where the current Radiology reception area is.

After two maternity leave breaks, Linden worked on night shift in all areas, including six months as acting night supervisor.

“I estimate that I have given staff and volunteers about 8,000 vaccinations over the years,” Linden said.

When Linden commenced the position of Infection Control Coordinator, it was at the beginning of a change in understanding the potential impact of antibiotic resistance, blood borne virus transmission and the need to protect staff and patients through vaccination from multiple diseases, especially influenza.

Adding to her credentials, Linden graduated from the University of Ballarat with an Advanced Diploma of Business Management in 2005.

“EGHS is a good place to work and I have had some great experiences there and made many lasting friendships along the way,” Linden said. 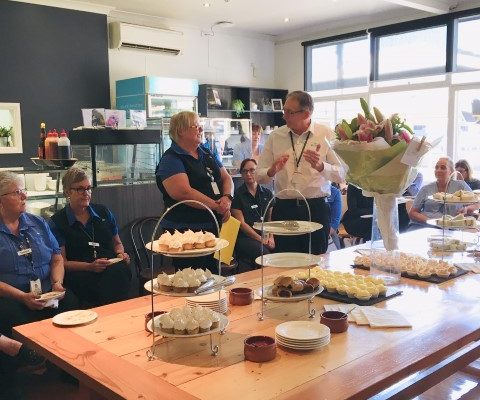 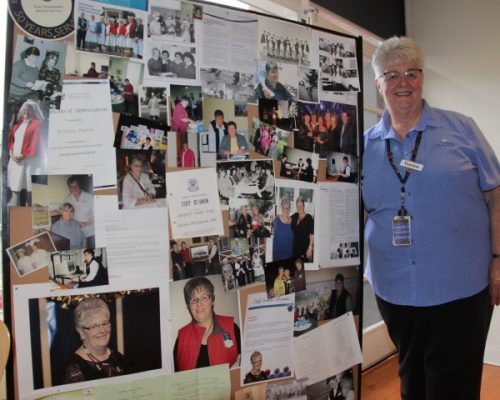