The Lions Club of Ararat has made a significant donation towards the radiology redevelopment project at East Grampians Health Service.

The funds have been used towards the purchase of an OPG, which is a dental x-ray machine that produces a panoramic view of the jaw, for the EGHS medical imaging department.

The new OPG will be incorporated into the redevelopment of the medical imaging department which is currently underway.

The works are progressing well and are on track for completion in June 2022.

“EGHS is fortunate to have the support of groups such as Lions, with their generosity ensuring the wider Ararat community has access to the best facilities and equipment available,” he said.

“The OPG will serve residents of the Ararat region for many years to come and the Lions Club’s generosity towards the health service is greatly appreciated.” 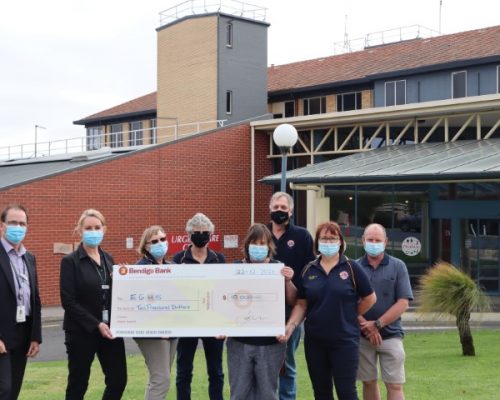