The Lions Club of Ararat has made a significant donation to East Grampians Health Service.

To assist with the capital works project, which encompasses radiology, pathology and theatre, the Lions Club has donated $10,000 towards the radiology project.

EGHS has acknowledged the generous donation on one of its Patricia Hinchey Centre buses, which shows the valued connection between EGHS and the Lions Club.

“On behalf to the EGHS Board and staff I would like to thank the Lions Club of Ararat for its generous donation towards the upgrade of our radiology department.

“The support of groups such as Lions ensures the Ararat and wider community has access to the best facilities and equipment available.” 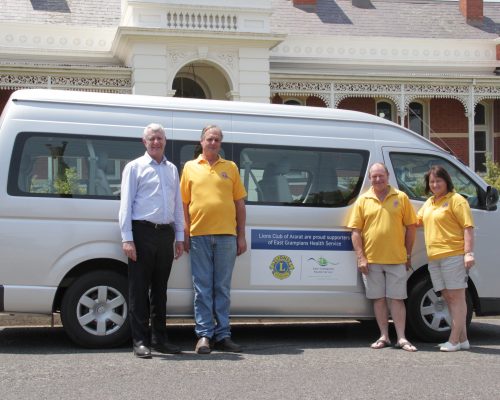