Arnold is a physiotherapist at the EGHS Community Health Centre, where he has worked since 2018.

Originally from Hong Kong, Arnold has lived in Australia for nine years and decided to take the pledge because he wanted to ‘officially become part of Australia’.

Arnold took the pledge alongside two other Ararat residents.

Congratulations Arnold from the EGHS Board, staff and volunteers. 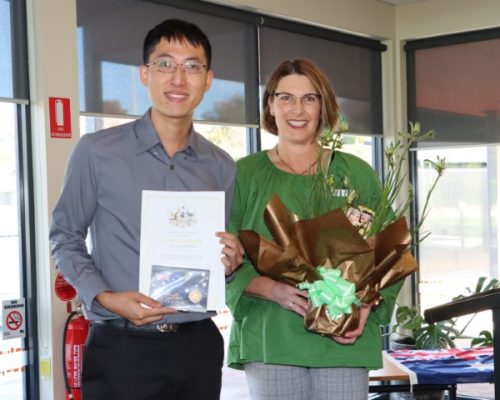